The Story of Arthur Stace

Where to buy Mr Eternity

Get chalking and continue his legacy

Listen to the exclusive radio interview with Mr Eternity and more 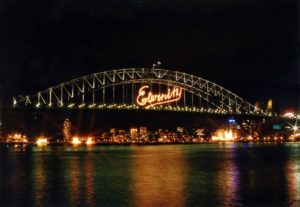 One Man. One Word.

Eternity. It’s the one word that has captivated the people of Sydney and beyond. For 30 years, from the 1930s to the 1960s, ‘Eternity’ was written in beautiful copperplate script with yellow chalk on the pavements of Sydney, country New South Wales, Newcastle and Melbourne.

It took just one man, Arthur Stace, “Mr Eternity”, an underclass battler, former drunk and criminal to inspire an entire city. Arthur’s story is an Australian story and one we all need to read.

You can discover the true story of this unlikely Australian icon in Mr Eternity: The Story of Arthur Stace. Written by award-winning Australian author Roy Williams with Elizabeth Meyers, whose parents were close friends of Arthur Stace, Mr Eternity includes photos and letters made public for the first time, as well as intriguing stories about the life of this inspiring man

Help make Mr Eternity the talk of the town:

Get chalking:
Grab a stick of chalk, etch “Eternity” (copperplate style or any style is okay) on the footpath of your local hood and share on Instagram and Facebook with hashtag #mreternity.

Is it legal to chalk?

In NSW - Yes. Section 4(5) of the NSW Graffiti Control Act protects the right to mark public footpaths or public pavements in chalk. It’s been called “Arthur’s law”. So … get chalking! But be careful not to do it on private property.

Other states and territories: You will need to check with your local Council or just chalk on your driveway or pavement within your property. 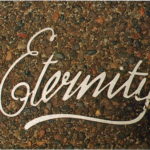 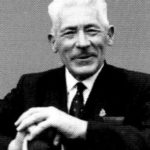 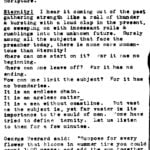 Who is the mysterious ‘Mr Eternity’?

Authors Roy Williams and Elizabeth Meyers talk about their involvement in writing Mr Eternity: The Story of Arthur Stace

Hear the re-creation of the sermon from Rev John Ridley that inspired Arthur to take “Eternity” to the streets:

The one and only radio interview with Arthur Stace from 1964.

Mr Eternity: The Story of Arthur Stace is available to purchase through Koorong, instore and online at www.koorong.com. What do others have to say about the book?

"Now this humble man who became a Sydney legend has the biography he deserves."
- Clover Moore, Lord Mayor of Sydney

"Arthur's story, so beautifully told by Roy and Elizabeth, resonates very strongly with my long-held belief in the universal importance and value of commitment, perseverance and, most of all, passion."
- Remo Giuffre, Founder, REMO General Store

"I grew up on the legend of Arthur Stace, and his scrawled Eternity, that Mum pointed out all over the countryside, was one of the first things that captured my imagination.  And now here he is, the man himself!"
- Peter FitzSimons, Author and Sydney Morning Herald columnist

'Mr Eternity: The Story of Arthur Stace' in the media

Open House on the fascinating life of Mr Eternity
Hope 103.2