A message from the CEO

As I write this it's been 24 days since I commenced as Group CEO of Bible Society Australia, and I can honestly say that every day I go to work with a burning passion to see Bible Society’s impact and influence grow. I’m humbled that God would grant me the opportunity to serve in this way.

Thank you again for your faithful support – we are very grateful.

Once again christians in Syria are facing desperate circumstances. Thousands of people have fled their homes after renewed fighting in the country’s north and many civilians have been injured or even lost their lives.

For us in Australia, it’s all too easy to turn away from the shocking reality of this war that has been terrifying and displacing people in the Middle East for the past eight years. Televised images of frightened families fleeing from fighting and grieving for lost relatives are confronting. Many viewers change the channel with just a twinge of guilt – after all, what can one person do? 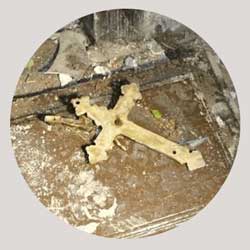 "We have been living through months that cannot be described."

We spoke to George from the Bible Society in Syria. He shares his experience of the war in this recording:

George and his team at the Bible Society in Syria have said that at times it has felt impossible for them to pray, but this is when they have experienced the sustaining power of other people’s prayers. There is hardly a person in Syria who has not been traumatised by the constant war. Nearly all have lost at least one friend or family member. Many have been numbed by grief and pain.

It was this that led Bible Society to develop a plan with Syrian churches to help locals overcome their trauma. The aim is to equip churches to establish trauma healing centres to look after organisations and people dealing with the experience of trauma. 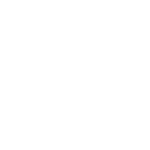 But George realised that for the seminars to be effective, they had to work with the health workers who had experienced as much trauma as those they were trying to help. So he set up a trauma healing seminar in Beirut, Lebanon, aimed at equipping medical professionals for the challenging tasks they face. Participants were encouraged to speak of the trauma they had endured while treating victims of the war in Syria.

Will you help us rebuild lives in Syria, Iraq and Lebanon through the power of God’s word?

In Iraq, Bible Society is supporting Christians under pressure in a way that provides for their physical and spiritual needs.

In Lebanon, where many Christian Syrian families have fled, Bible Society Australia is supporting Bible-based literacy classes for refugee children who have missed out on a basic education.

Established in Sydney in 1817, Bible Society Australia’s activities take place as part of the United Bible Societies who operate across 200 countries and territories.

We are one of the most extensive mission groups in the world and do our work in partnership with churches, providing resources and Bible-focused campaigns and community programs.

Give to where it’s needed most
(Tax deductible)

Give to where it’s needed most
(Tax deductible)